Let's get this year over.

I hope everyone had a great Christmas (or whatever holiday you so observe).

I didn't take any vacation over the holidays because I have five kids living at my house right now.  I know you just winced when you read that.  Needless to say, I'm at work.

Obviously working hard, too.  But whatever.

On Christmas Eve morning, we drove into our hometown.  Mind you, I was dreading even going there because I hate the place, I think a majority of the people are toxic & I have no reason to be there anymore.  And yes, my mom & sister live there but my mom refused to see me, yet again.  It's okay, I'm used to it.

We got into town & stopped at W's aunt's house first.  We chatted with his cousins & aunt for a while.  I was waiting to hear back from my sister about our "let's get this family back together" meeting.  We left & went to a local hole-in-the-wall for a beer.  We know the owners & W knows everyone in the damn place.  We stay for about an hour, chatting with everyone.  I never heard from my sister so I told W to drive me by her house (she was supposedly working).  Well, my mom's Jeep & my sister's car were in the driveway.  I called my sister.  No answer.  I called my mom--she answered (because until that moment, she did not know my cell number).  I ask if we're meeting & she says no, it was supposed to be yesterday.  UM, no it wasn't.  I tell her to put my sister on the phone (the one who planned & scheduled this).  I ask her if she told Mom it was supposed to be yesterday & she says no.  So my mom lied to my face (or to my phone, whatever) & apparently thought my sister would back her up.  I was furious.  I asked my sister if we were going to meet and her exact response was "I guess not."  I said gee, thanks for letting me know & hung up.  I didn't hear from any of them again.  W drove me back over to her house & I put my mom's gift in her Jeep & my sister's gift in her car (well shit, I worked hard on them & hauled them all the way there, no way was I hauling them back).  And we left.  W said my niece was watching out the window.  I didn't hear from them again.

After that, I was pretty upset.  This isn't a new scenario or anything but it upsets me every single time.  W is always floored at how they act.  He is very close to his mom (his dad died when he was 9) so he doesn't understand how my mom can be the way she is.  Anyway, I was crying & told him to just take me to his mom's house & he could leave me there while he went to do his shopping.  We go there & his stepdad is home.  I've composed myself enough to have a regular conversation with Stepdad.  W takes his stepdad's truck to do his shopping because he figured if my mom or sister saw him in our car, there would be some kind of scene.  Yes, our hometown is that small.

I hauled all the Christmas presents into the house & wrapped them while chit-chatting with Stepdad.  I'm replaying the family scene in my head--it drives me crazy but wrapping presents is a nice distraction.  I run out of wrapping paper so I leave to get more.  By the time I get back, W is home, napping on the couch.  His kids arrive a few minutes later & we proceed to have Christmas with them.  They tore into their gifts, toys were everywhere, it was chaos.  We had dinner & that, too, was chaos.  Afterward, the kids are playing in the living room & W & I are sitting (actually kinda half-laying) on the couch watching them.  I wasn't paying attention to W and by the time I realized what he was doing, there he was in front of me, on one knee, ring in hand.  "Wanna get married awhile?" he says.

HUH?  What is happening?  Are you serious?  Is that a real ring?  Yes.  Yes, this is happening & he is dead serious & the ring is very real.  And beautiful.  And there he is, holding it, watching me with his big green eyes.  He wants to marry me.  I want to marry him.  So I said "yeah.  I want to marry you for awhile."  And now I'm wearing a ring.

***consider this my disclaimer that you may be subjected to reading my complaints & bitching about wedding crap.  Planning is NOT my forte & neither is all the fru-fru/mushy/cute/ shit that comes along with weddings.  You've been warned.

Blow in Her Face 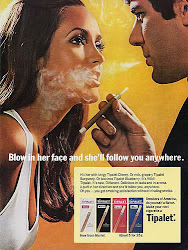 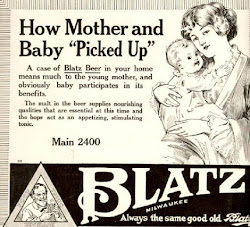 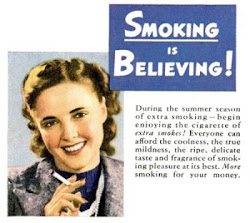 The Summer Season of Extra Smoking

Just Me.
Oklahoma
I never know how to fill in my description....do you want to know what I look like or do you want me to describe my life?